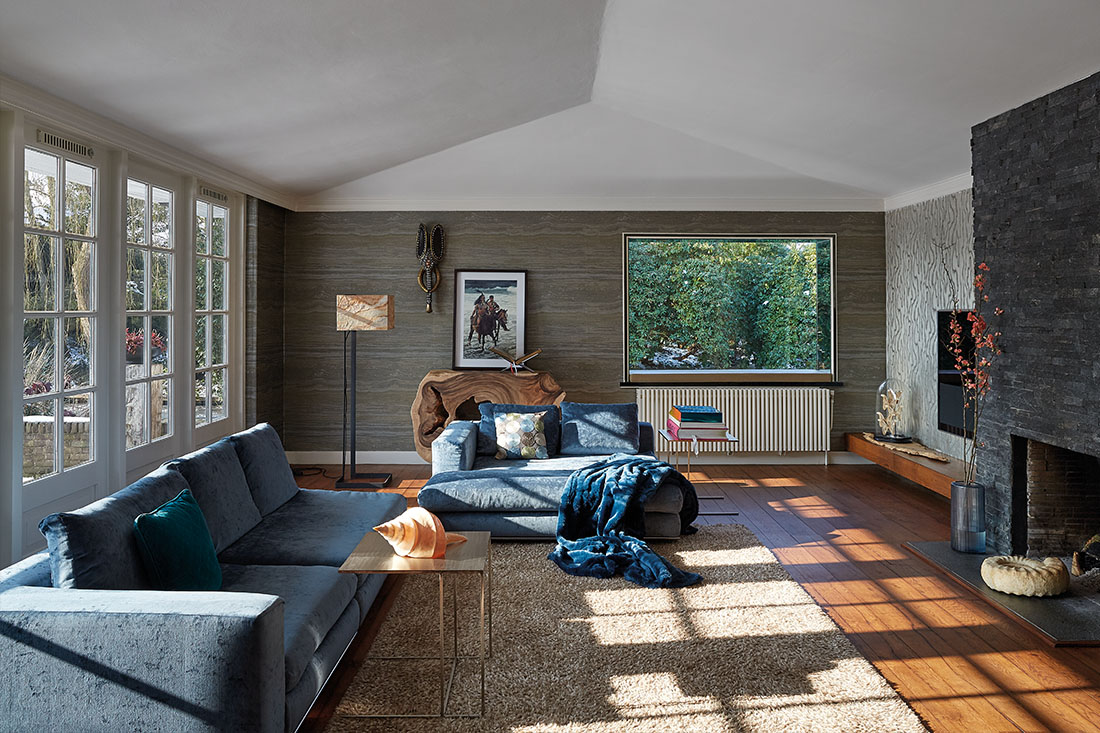 Nestled in nature at its most picturesque, this country residence wouldn’t look out of place on a postcard. It even has its own natural pond, with fish, ducks and other wildlife. Thus, it demands an interior that takes full advantage of the views and mirrors the openness of its surroundings. Upon entering the home, however, the designer found low ceilings and closed-off rooms, structures that stood in the way of its potential. This had to be brought to the client’s attention, especially as the original brief was to design a new kitchen.

So began the home’s transformation into what it is today, namely a residential observatory that continuously magnifies the seasonal changes occurring outdoors, and in which the liberating feeling of being outdoors can be experienced indoors as well. The volume was opened up vertically and horizontally. The original beams, which had been installed to perform their function unseen, were clad in reclaimed wood from old ski chalets. 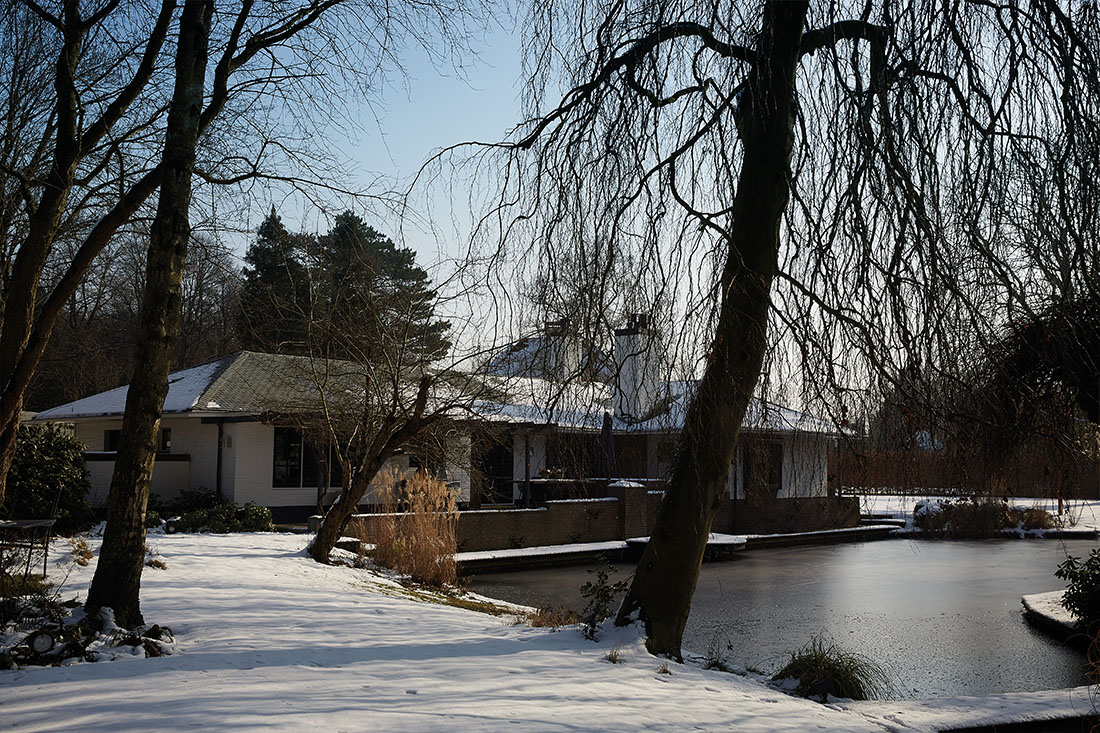 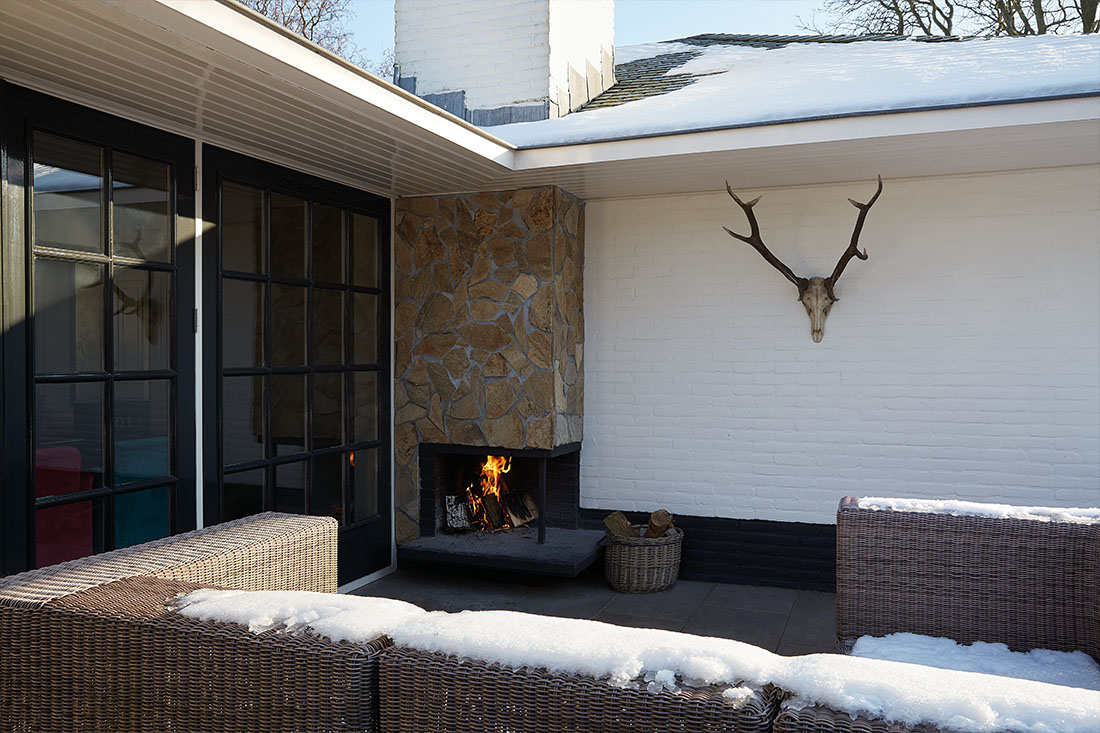 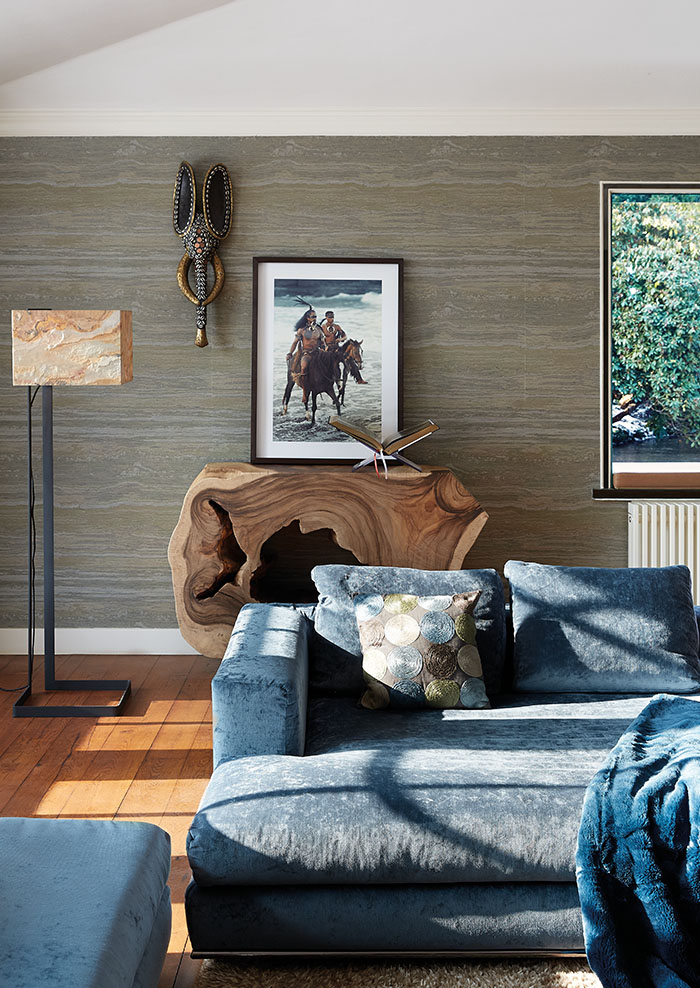 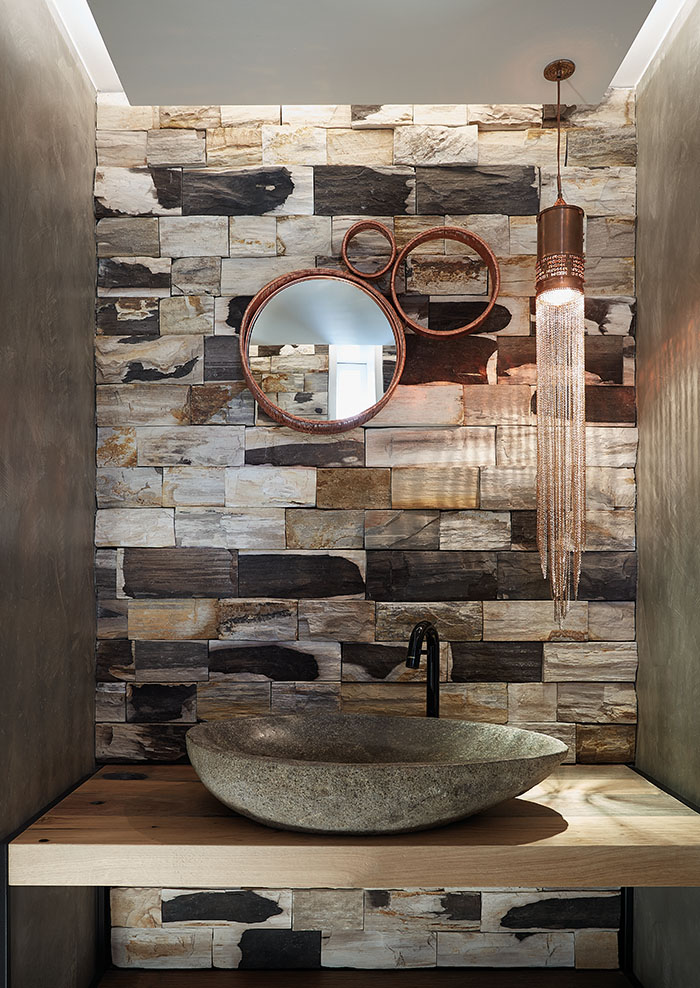 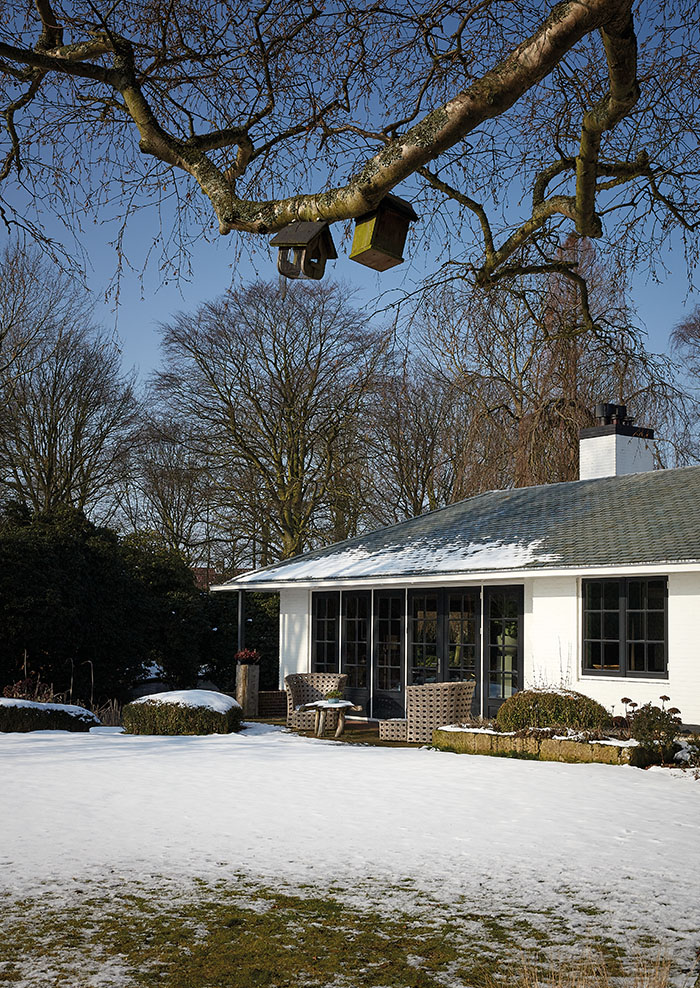 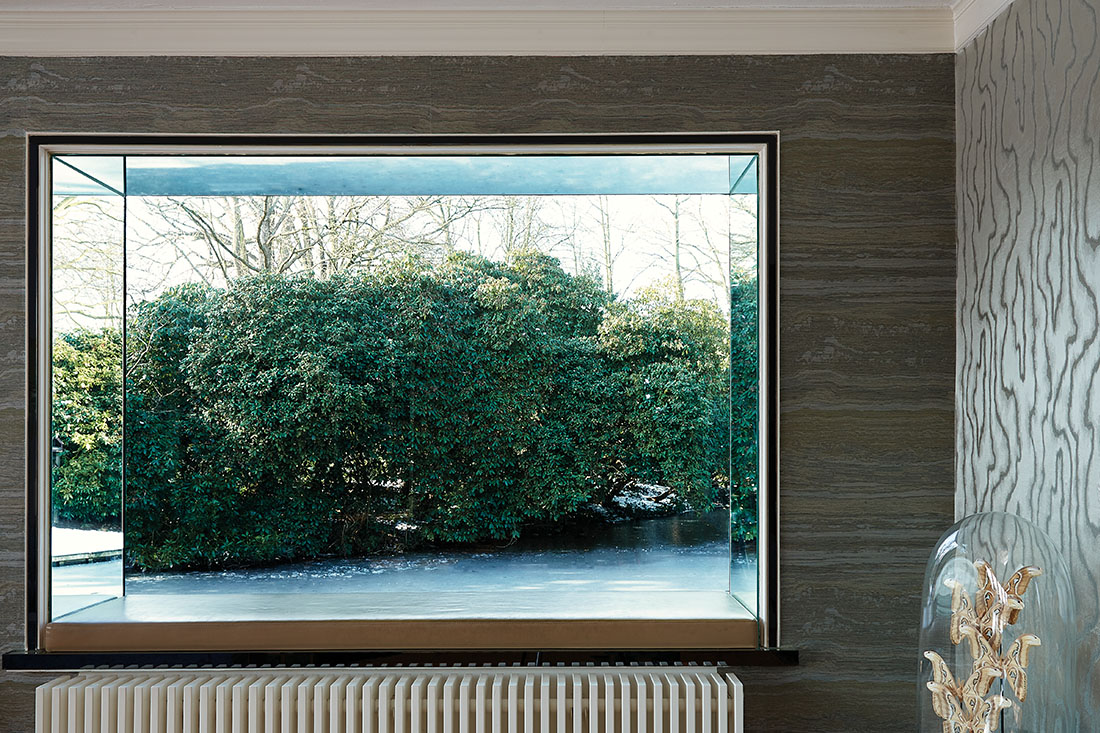 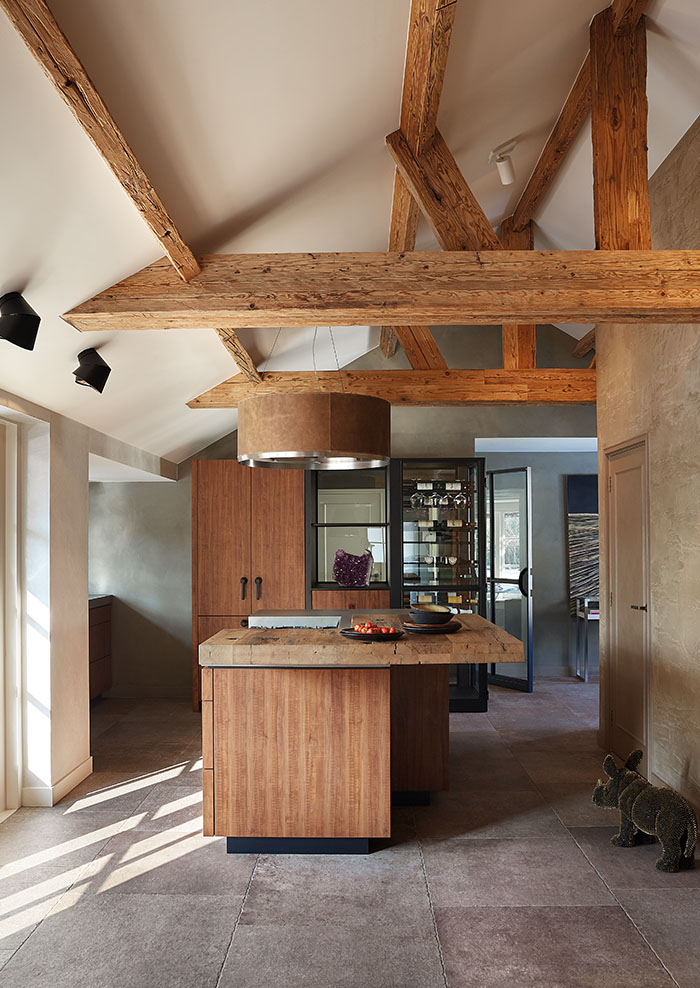 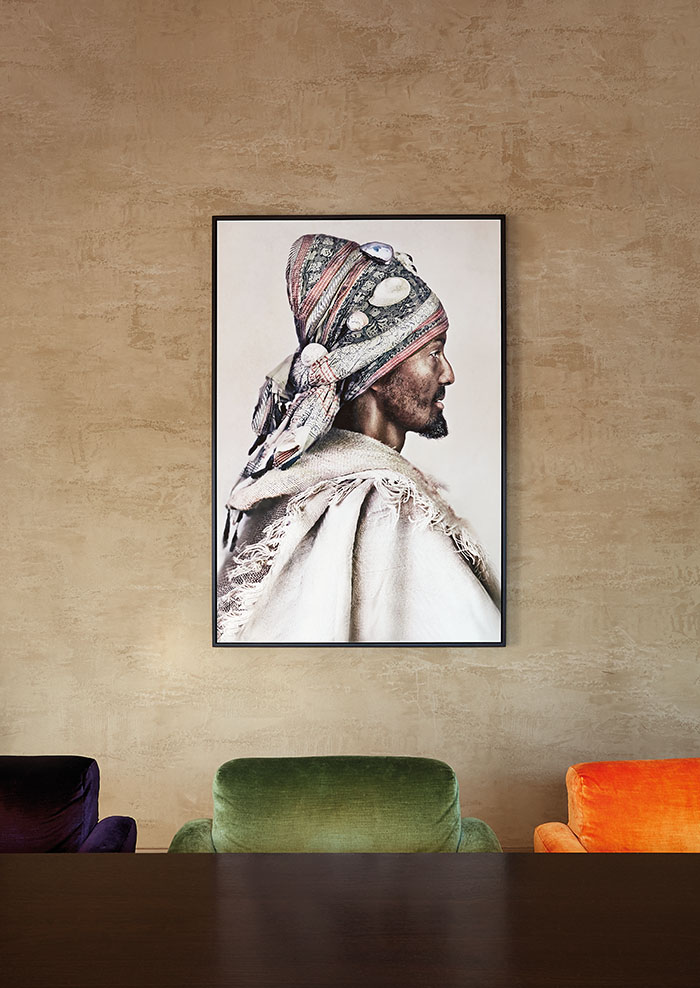 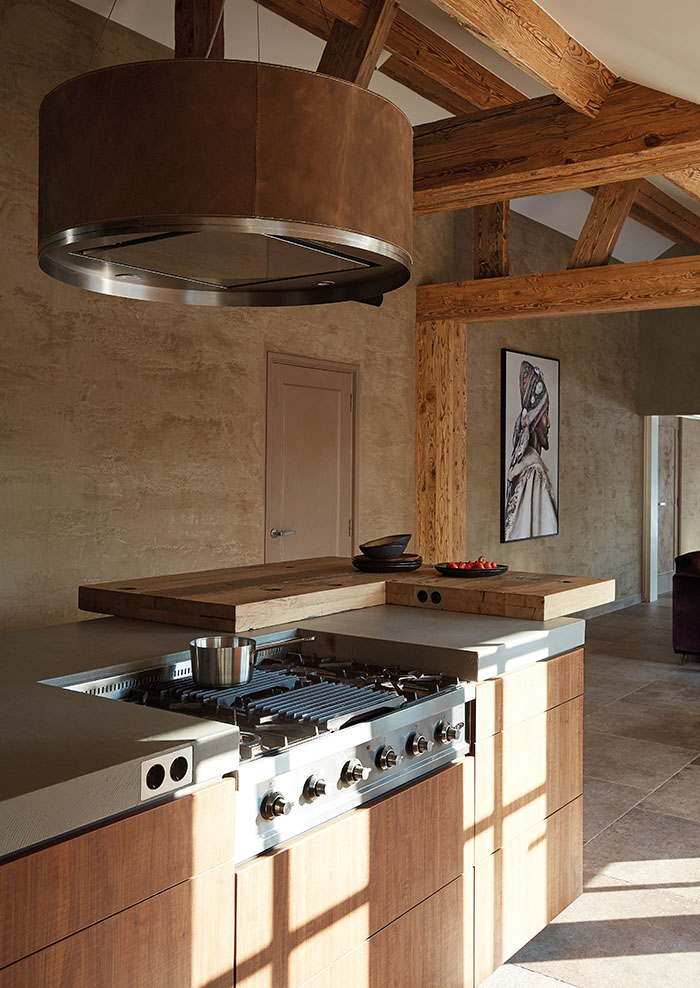 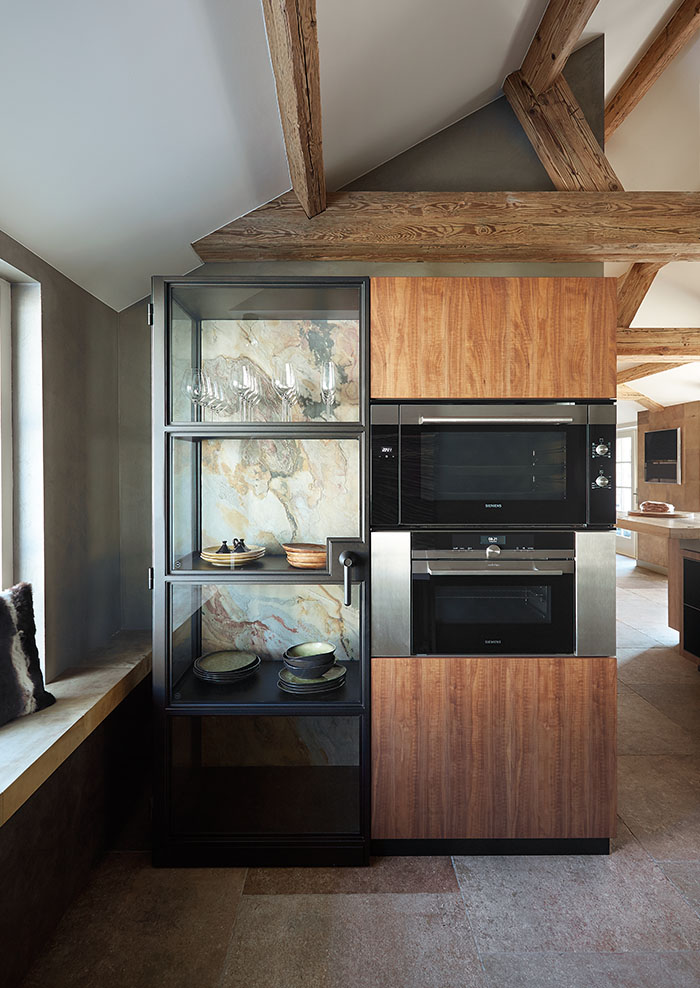